In Each Other We Trust: Bend tries its hand setting the dollar aside for local currency

The end of the world is nigh. We’re just polishing the brass on the Titanic. This is all going down. That got your attention, right? Apocalypse sells. FOX News feeds a diet of disaster—the swine flu epidemic, nuclear arms in North Korea—into our living rooms. The Apocalypse used to be so far off, now it’s always just around the next corner.

The economic crash has ushered in more doom and gloom with massive numbers of unemployed and homeless. Bend boomed big and the bust hit hard. A dire situation as this either brings communities closer together or pushes people further apart, getting us to hole-up-alone-in-a-bunker mentality. Locally there are a few folks who want to take a practical approach to problems we’re facing and make a step towards getting Bend back on track.

In the next couple of months, this community will join an increasingly popular movement with two new initiatives. Ethan Anderson, a real-estate agent, will be releasing a local currency, Bend Bees, and Nate Bettger, who works with BridgeWORKS, a community education non-profit, has recently launched the Tool Lending and Service Trading Switchboard. Both have taken inspiration from communities that have already initiated programs, like local currency and trading networks, in so-called transition towns. And if globalism was the buzzword of the last decade, then maybe localism will be the buzzword of the next decade, and if folks like Anderson and Bettger have their way, maybe the next century.

It’s about more than finding an alternative to the almighty dollar at a time when many banks aren’t lending and many consumers aren’t spending. Local currencies have a philosophical reasoning alongside the practical—a desire to turn the divisive nature of money on its head and humanize those transactions, proponents say.

Local currencies are not a new idea, but they have recently seen a resurgence as communities, including regionally in Ashland and Corvallis, look to save their small businesses in the face of the increasing corporatization of Main Street and the challenges of the ongoing recession.

First used during the Great Depression, many alternative currencies have come and gone without finding the support needed to make an impact on an area’s economy. However, some have flourished. In Detroit they have Cheers notes; in Ithaca, New York they have Hours. Both benefit from wide business participation and local interest. 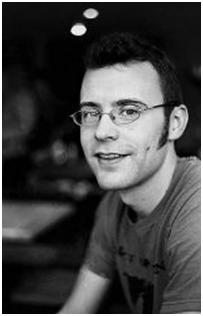 The Bend Bees system will seek to emulate the success of the BerkShares—the currency used in the area of the Berkshires in Western Massachusetts. At present there are around $2.5 million worth of BerkShares circulating through local businesses. Some 80 percent of the money spent in a chain supermarket leaves that area immediately whereas local businesses are twice as likely to keep money spent in their shops within the community, according to studies by the New Economics Foundation, a London-based economic think tank. The money that stays in the community in turn creates more jobs, a concept referred to by economists as “velocity.” The theory holds that the faster money circulates, the more people it reaches, and the more the locals benefit. Bend Bees are designed to be more than just Monopoly money. Organizers are trying to line up a bank to back the currency. Consumers would then exchange their dollar bills for five percent discount as an incentive—if you want 100 Bend Bees you’ll exchange $95.

The aim is that Bend Bees will encourage people to buy, eat and drink downtown more frequently. But some communities have also taken on a wider philosophy. On the Pittsboro, North Carolina bank notes—named “Plenty”—there is inscribed the words, “In Each Other We Trust.”

This different outlook is hoped to feed back into other transition initiatives such as the Switchboard, the burgeoning tool and service trading forum, which will rely heavily on communal thinking. Switchboard founder Nate Bettger explains his drive: “I think human beings are made to live in a close community. Right now we all have a consumer mentality, I’d like to see that change to a more communal outlook.”

Many local currencies have risen up and fallen rapidly. There are obvious limits to what downtown-only dollars can do. Large chain stores offer cheap goods and will be their first point of call to people struggling to get by. Local shops cannot sustain such low prices and the discount on Bend Bees might not be enough encouragement. Most of the downtown stores, having prospered on tourism, do not offer the essentials, but the luxuries of life. People can’t live on bath salts and expensive jeans. But alternative currencies and trading networks are about more than finding the cheapest pair of shoes in town. It’s about changing our relationship with each other and the planet.

“We live in a society that can’t function without oil. Our system of chain stores selling us cheap goods is not sustainable. I want to prepare people for when you can’t use your car. If change isn’t made close to home, it won’t last,” says Switchboard founder Bettger.

“This is a long process, it’s not something we can shift in a year. We are hoping to build a working system to replace the one we have now. If the problems of climate change and peak oil are resolved, that will be fine, because we want this change anyway. We want to create connections in our community, for people to give a hand to their neighbor, look them in the eye and be compassionate.”

Kali Vanagas and Leslie Freeman have already contributed to the Tool Lending and Service Trading Switchboard, offering for loan their horse trailer, bikes, rock climbing equipment and snowboarding gear. There is also a kayak, lawn mower and truck ready to be borrowed. People have put forward services as disparate as counseling, harp playing and welding. “People live in Bend because they want to enjoy life to the fullest, but doing that can be expensive. By lending people our equipment we want to take the stress out of fun pursuits,” says Vanagas.

The Switchboard operates on a website (www.switchboardbend.com) and doesn’t require a membership fee, but merely relies on those looking to trade tools or services to keep it operating. Bettger’s non-profit organization, BridgeWORKS and the Manala Yoga Community bring people together for exchanges across the online database. The Switchboard is hoping to function more organically than other similar models and Bettger believes that disputes will be worked out along the way.

“This needs to happen relationally, not transactionally. There should be an attitude of trust, rather than fear,” he says.

Tool lending libraries have seen success across the country, as have Local Exchange Trading Systems (or LETS). The Fourth Corner Exchange, founded by Francis Ayley and based in Bellingham, Wash., helps communities set up exchange systems using Life Dollars. Since its launch in 2004, some $650,000 worth of goods and services have been exchanged. Ayley recently bought a car with Life Dollars.

“There are people I know who use Life Dollars for 90 percent of their needs, including paying their rent,” he says.

Essentially, this is the “Make Local Habit” stickers seen in storefronts all over Bend, in action.

“The biggest misconception is that it can’t be done,” says Anderson, “We need to shift the ‘can’t’ to a ‘can.’ This change will be for the better. Life feels at its fullest when you’re working, and playing with your community.”