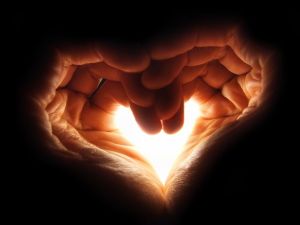 Such a beautiful story from Fr Anthony de Mello…

Malik, son of Dinar, was upset about the profligate behavior of a youth who lived next door. For a long time he did nothing, hoping someone else would intervene. But when the youth’s behavior became intolerable, Malik went to him and insisted that he change his ways.

The youth calmly replied he was a protégé of the Sultan, so no one could prevent him from living as he wished.

Said Malik, “I shall personally complain to the Sultan.” Said the youth, “That will be a waste of time because the Sultan will not change his mind.”

“I shall then denounce you to Allah,” Malik said. “Allah,” said the youth, “is far too forgiving to condemn me.”

Malik went away defeated. But after a while the youth’s reputation became so bad that there was a public outcry about it. Malik decided it was his duty to reprimand him. As he was walking to the youth’s house, however, he heard a voice say to him, “Do not touch my friend. He is under my protection.” Malik was thrown into confusion by this and, when he was in the presence of the youth, did not know what to say.

Said the young man, “What have you come for now?” Said Malik, “I came to reprimand you. But on my way here a voice told me not to touch you, for you are under his protection.”

The prolifigate seemed stunned. “Did he call me his friend?” he asked. But by then Malik had already left his house. Years later Malik met this man in Mecca. He had been so touched by the words of the voice that he had given up his possessions and become a wandering beggar. “I have come here in search of my Friend,” he said to Malik, and died.

God, the friend of a sinner! A statement as dangerous as it is effective. I tried it on myself once. I said, “God is far too forgiving to condemn me.” And I suddenly heard the Good News – for the first time in my life.

We are indeed the beloved daughters and sons of the Divine!

3 thoughts on “To be a Friend of the Divine!”